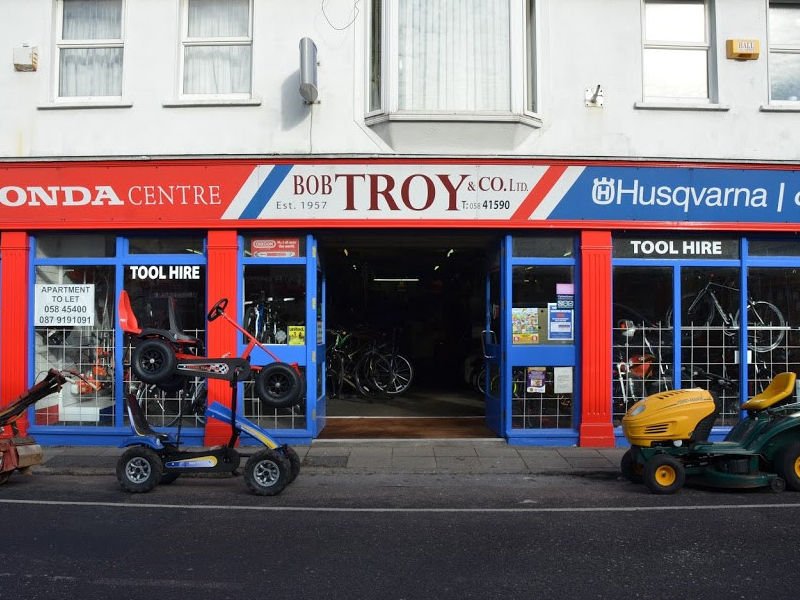 Bob Troys was established  by Bob Troy in 1957. Having started his working life in Lehanes and Sargents Garages in Cappoquin, Co Waterford, he moved to work in Colum Moloneys shop on O Connell Street in Dungarvan where he managed the sales and repairs of bicycles and motorcycles. In 1957 he opened his first shop in Cappoquin, Co. Waterford, selling and repairing bicycles and motorcycles for people in the areas of Lismore , Tallow, Youghal and Dungarvan.

As demand increased he opened his second shop in Youghal, Co Cork where he added chainsaws to the range. This shop was managed by his lifelong friend Denis McGrath from Affane, Cappoquin.

In 1971 he opened his third shop in Dungarvan on O Connell Street to cater for the people of Dungarvan, Ballinacourty, Stradbally, Kilrossanty, Leambrien, Kilmacthomas, Kilmeaden, Bunmahon, Tramore and Waterford where he added Lawnmowers and Garden Machinery to the range.  This shop is run by his son Maurice Troy and managed by Colin Cunningham who started with us at the ripe old age of 14 in the year 1991.