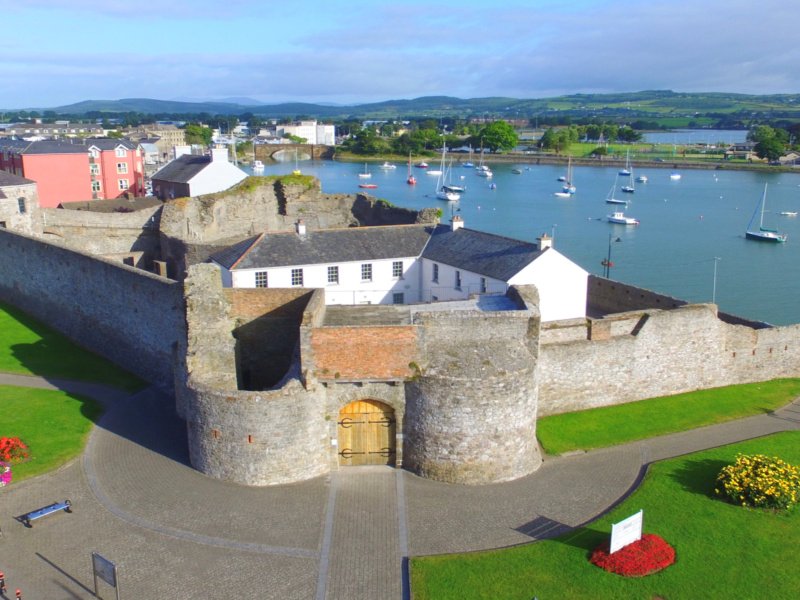 Dungarvan Castle is an Anglo-Norman fortification founded in 1185. It was built in a very strategic location at the mouth of the River Colligan. From here ships could be anchored, and soldiers could command the narrow strip of land to the south of the Comeragh Mountains, which linked East and West Waterford. It is one of the few royal castles built in Ireland in the 1200s. During the Irish Civil War the barracks were taken by the IRA forces who set fire to it before leaving in August 1922. With the foundation of the Garda Siochana in 1922 the building was restored and used as the local Garda Station until 1987.

The castle consists of a polygonal shell keep with an enclosing curtain wall, a corner tower and a gate tower. The shell keep is the earliest structure, dating from the 12th century. Shell keeps are common in England, but rare in Ireland. Inside the curtain wall is a two storey military barracks, which dates from the first half of the 18th century. The barracks is now restored and houses an informative exhibition on the history of the castle.