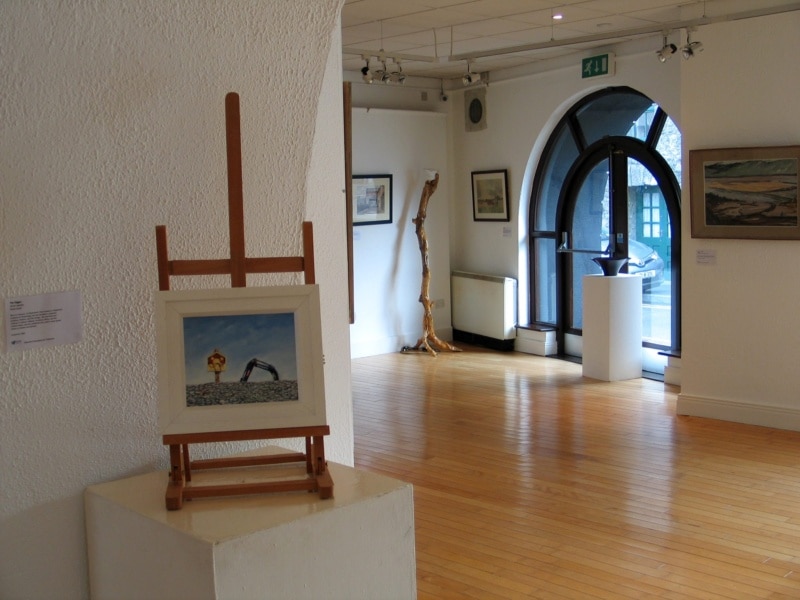 The Arts Centre hosts local, national and touring exhibitions on a year round basis. The gallery is open Tuesday to Friday 11am to 5pm (lunch 1.30pm to 2.30pm) and Saturdays 1pm to 5pm. Admission is free and all are welcome.

On April 10, 2000 the Old Market House Arts Centre was officially opened as an Arts Centre for County Waterford by Minister for the Arts, Heritage, Gaeltacht, and the Islands, Síle de Valera T.D.The beautiful building that is now home to The Old Market House Arts Centre, has a rich and varied history. A deed of 1641 refers to ‘the courthouse’ in this area, which may be a reference to the present building. Originally it was built as a butter market, with council chambers overhead, around 1700 or earlier. As this area was the town centre, the markets were held in front of the building, being known as ‘Market Place’.

The vicinity around the Market House was used for public executions. Canon Power, in his history, states that John Clancy and Edmond Hore, parish priest and curate of Dungarvan, as well as other prominent citizens were executed in the Market Place, during the occupation of the town, by Lord Inchiquin in 1642. Edmond Power was hanged from a window of the Market House in 1799 for his involvement with the United Irishmen. Our multi-purpose room ‘Seomra de Paor’ located upstairs, is named after Edmond Power. In 1868 the building was purchased by Robert A. Merry & Co. Ltd. as offices and stores for their grocery, wine, and spirit business. In 1984 the building was reconstructed and housed the Dungarvan Library and Museum until 1999. Then in 2000 is re-opened as an Arts venue supported by Waterford City and County Council.