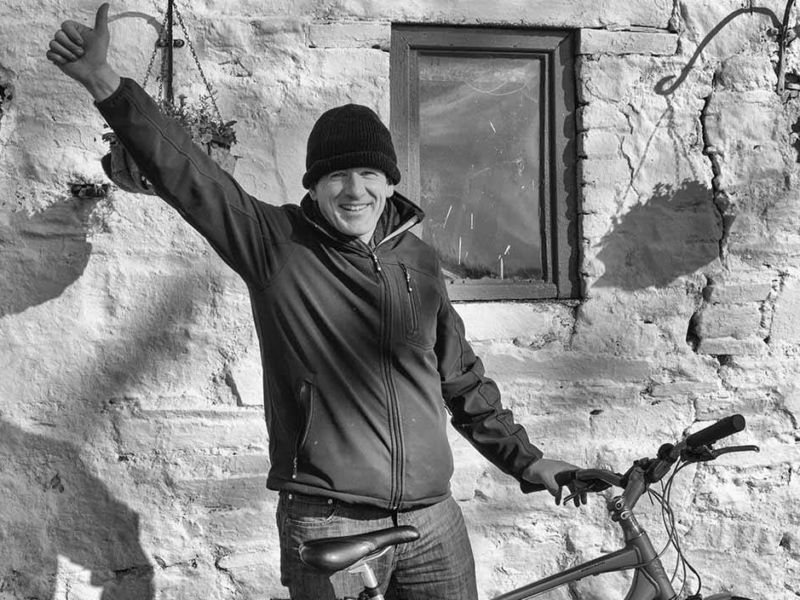 Garvan Cummins is The Greenway Man.  He co-founded the Déise Greenway Group(www.deisegreenway.com)  a number of years ago campaigning for the transformation of the Old Waterford to Dungarvan Railway Line into a Greenway and has worked tirelessly as a voluntary community campaigner over many years.    Now that this dream has become reality, he has opened The Greenway Man business.

Garvan is passionate about the Greenway.  He is a long distance walker and a leisure cyclist.  A regular Camino de Santiago walker and a regular on such walks as St. Declan’s Walk from Cashel to Ardmore, The Wicklow Way, Hadrain’s Wall to name just a few.  He now brings this experience to The Waterford Greenway.  As Garvan says, “The Waterford Greenway can be a couple of stages of the Camino de Santiago for a Camino walker.”

Garvan is a qualified teacher and a historian so has plenty of knowledge to impart onto visitors to the Waterford Greenway.  Groups would really benefit from The Greenway Man and Garvan’s service would really be of benefit to Schools be it Primary or Secondary especially Transition Year classes, Gaisce and Leaving Cert Applied.

The Greenway Man is Waterford true and true, Garvan’s father is from the old part of Waterford City, Ballybricken, his mother from the centre of the County at Durrow/Ballyvoile and he is named after the primary town of the West of the County, Dungarvan.  He is passionate about his county and hopes that tourists to the Déise will stay for a good period of time to sample the many treats Waterford has to offer.

He rates business ethics as one of the most important aspects of business.  All his bikes are purchased locally from O’Mahony Cycles in Abbeyside, Dungarvan, printing from Printmaster in Dungarvan and many other services are sourced locally.  Garvan only purchases good branded bicycles such as Giant and Trek.  “I have seen a quote stating, “Good bikes are not cheap but cheap bikes are not good” well I am going by this motto and hopefully I will be rewarded in the long run.  Garvan’s Public Liability Insurance is covered by O’Neil O’Driscoll Insurances.

Based at Durrow(Shanacool), The Greenway Man is based on the most spectacular part of the Greenway with tons of history from more turbulent times, a quarter of a mile tunnel, two massive viaduct, one having been blown up in the Civil War, the ruins of the old Railway Station, beautiful views of the sea, a new railway themed railway station, a quaint shop/pub and picnic benches and lots more.  While I am based here, I can also deliver bikes to hotels and bed and breakfasts or to where people want to start.  “What I am finding is many people are driving to Durrow(Shanacool) and parking at the impressive new Greenway carpark and using it as a base and cycling west to beautiful Dungarvan, having a meal or drink there and returning to base where one finishes with a tea, coffee or drink at O’Mahony’s Pub or one can go east to Kilmacthomas and sample the treats in store there and return to base.  “Durrow(Shanacool) is the most ideal place on the Waterford Greenway for families”.

How to get to me……I am based on the R675 road which is the coastal road from Dungarvan to Tramore,  10kms east of Dungarvan.  From the N25, take the Stradbally turn, 500 metres west of Lemybrien and I am only 3kms along that road.  If you have Sat Nav,   input Shanacool and you will arrive on my doorstep so what are you helping for.

“I don’t simply rent out bikes to you, I rent you an experience.”